The Danube is Red

This wasn’t always so. The Danube was considered to be blue and beautiful, as for centuries it proudly and cheerfully flowed through a huge empire, to pour forth ultimately into a sea they call black. 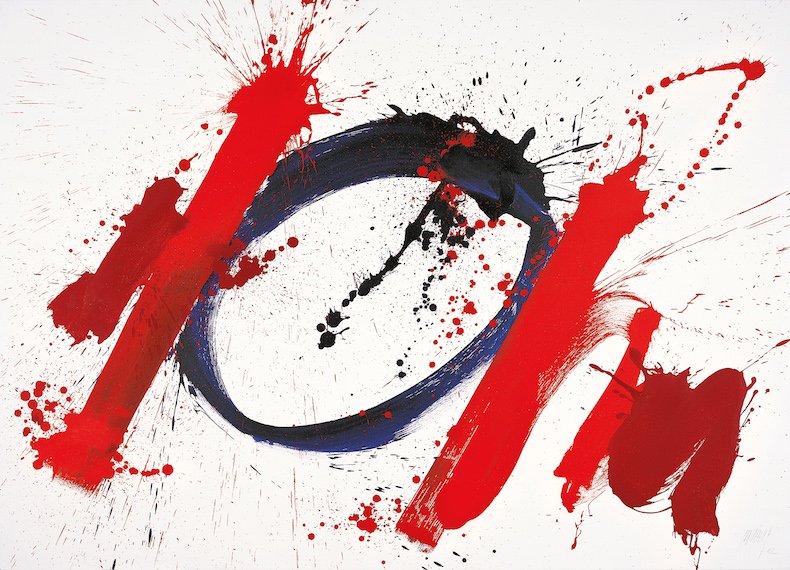 Then Europe, fretting astride an irate bull, was given new clothes to improve her tattered reputation. The diaphanous veil of the Blue Danube disappeared.

Prachensky’s mighty red paintbrush entered the scene, thrashing about ferociously around the Danube and its headwaters, fomenting a riot and stirring attention, staying sceptical, checking the puny Tiber, discovering that the Spree wasn’t a mighty torrent either. But then the nimble Seine smiled at him, her headwaters being only 250 kilometres from the well-springs of the Danube. The Rhine was conquered, getting a hefty dose of red splashes in the process, of course, but the gentle Seine carried the red downstream and equitably deposited the red sediment on both banks in the city where the real action is. The writing fishermen Alvard, Guéguen, Restany and Tapié were pleased about their surprising catch. And in Vienna people realised that the Danube, now red, suddenly flowed upstream.

The Seine is a slow river, meandering at leisure but purposefully through flat countryside: her estuary points westwards, unites with the waters of the Channel and in the Atlantic keeps looking for new shores where splashing paintbrushes could readily disembark.
The Hudson was already pretty grimy with paint and dirt; so on went the journey to the West Coast, by air this time, where the red paintbrushes taught form and pictorial order to the austere deserts of Southern California.

Now Markus Prachensky was able to yield to his nostalgia for the old Danube and return to Europe for a while – she had of course donned a red jacket for the occasion. But before the Danube could harbour any notions of going back to running downstream in blue and black, the red paintbrushes, inks and pens were on the road again for new travels. They were well acquainted with both joy and hardship. Several orbits of the planet – richly illustrated in paintings – were boldly undertaken.

And today everyone is happy at the Port des Celestins on the Seine that the highly acclaimed and beautiful Danube is stopping once more – deeply red, experienced and magnificent.